How many of us know Mandarin or German or French or even Arabic? Adding a language translator can make your website more popular. For a business website a language translator is very effective because a large number of website visitors from Asia and Europe who are non English speaker. Also it is tough to create 2-3 language version of any webpage. Google translator is a great plug-in that can be used in any websites, especially it is very easy to install on WordPress. In this simple tutorial I will show how to add Google translator in your website. 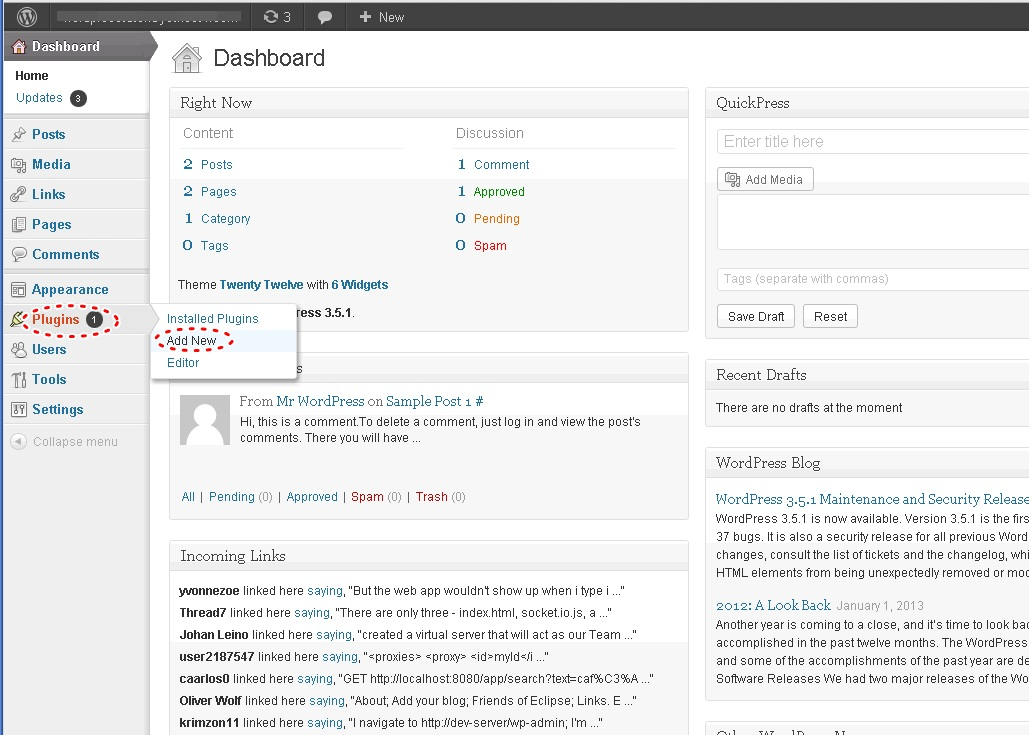 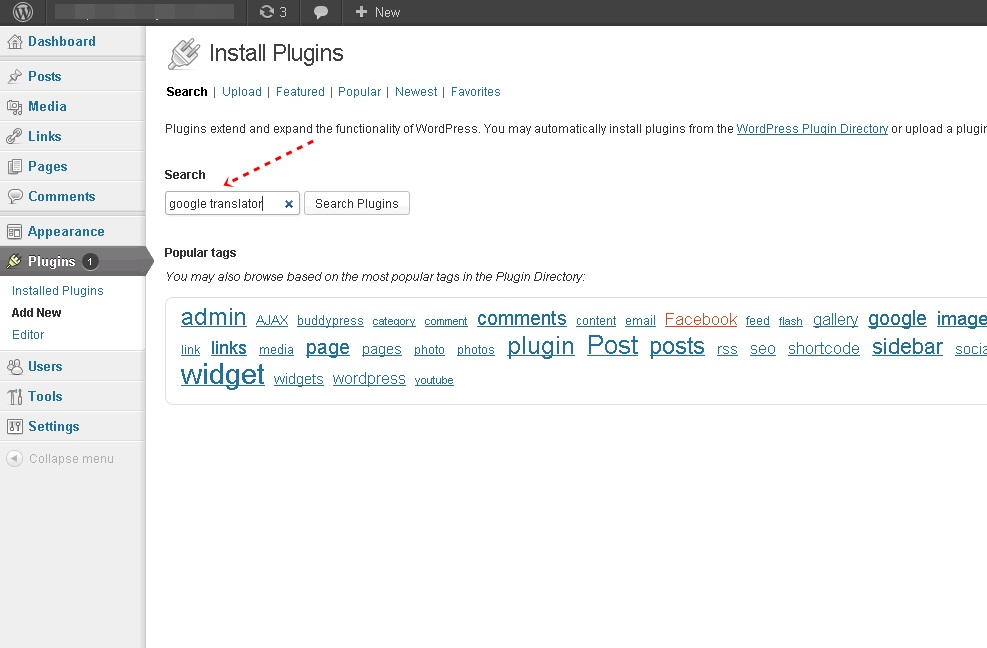 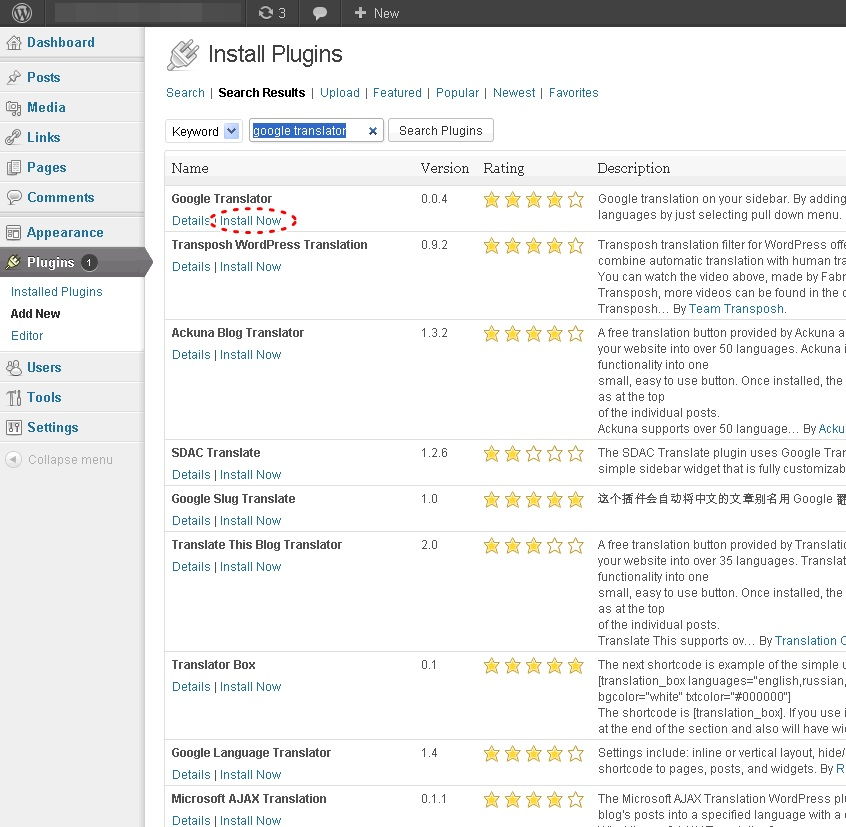 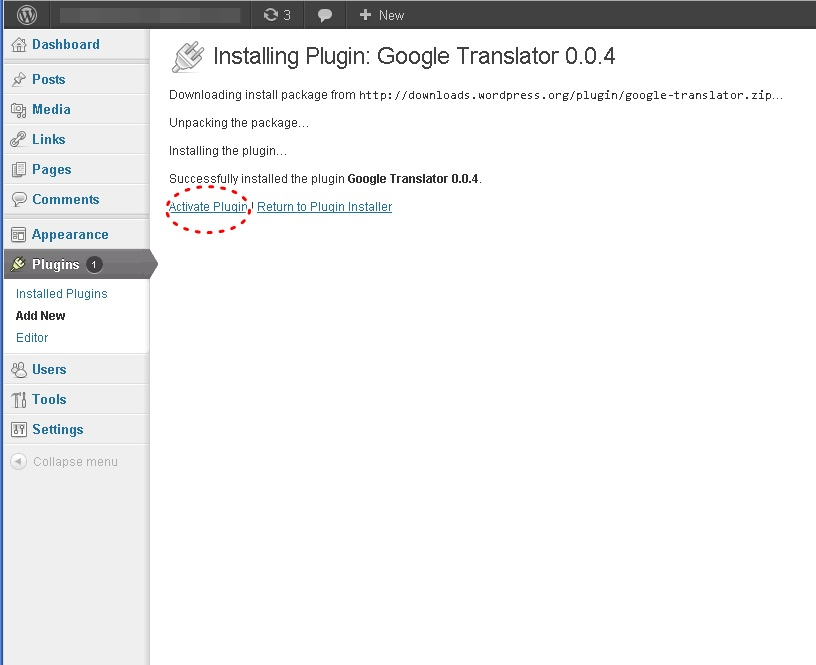 05. Now in plug-in page Google Translator will be shown. 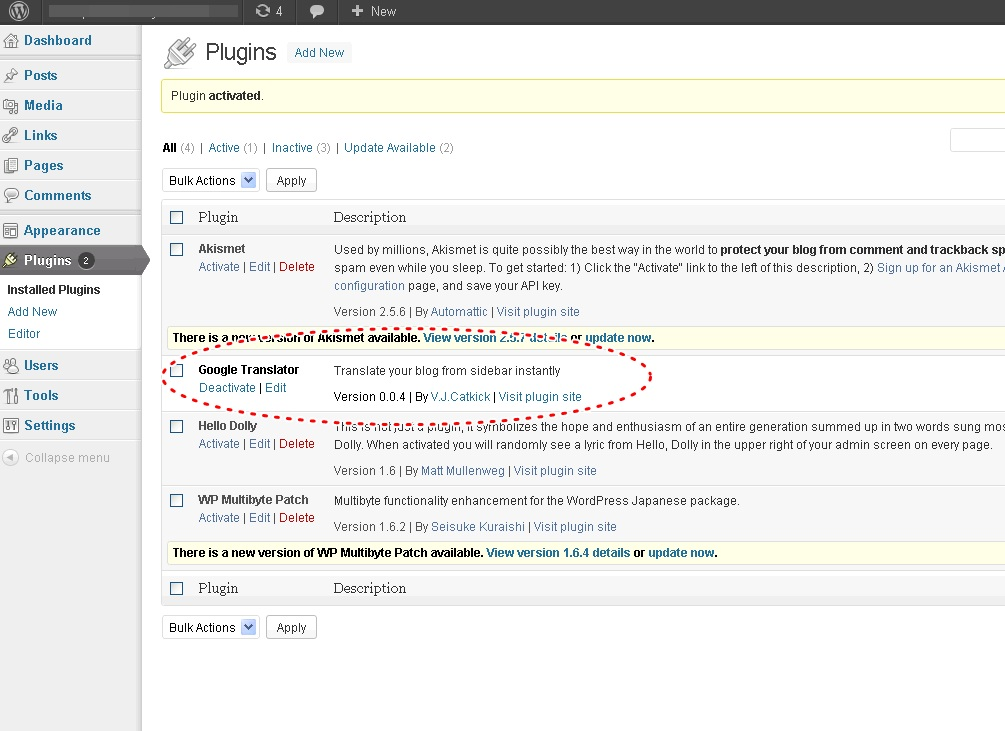 06. To add the translator bar in your home page go to Widgets tab. As you have already activated the plug-in, it will be shown under available plug-in list. Now drag and drop it on the top of main side bar. 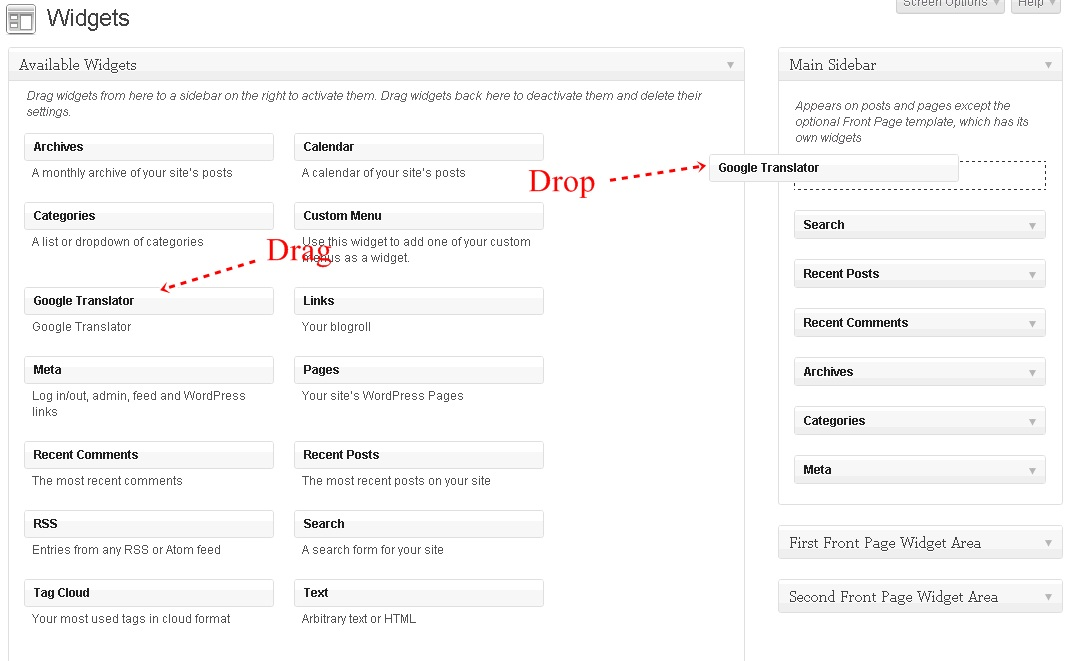 07. Now add a title of the Google Translator and select the Base Language. 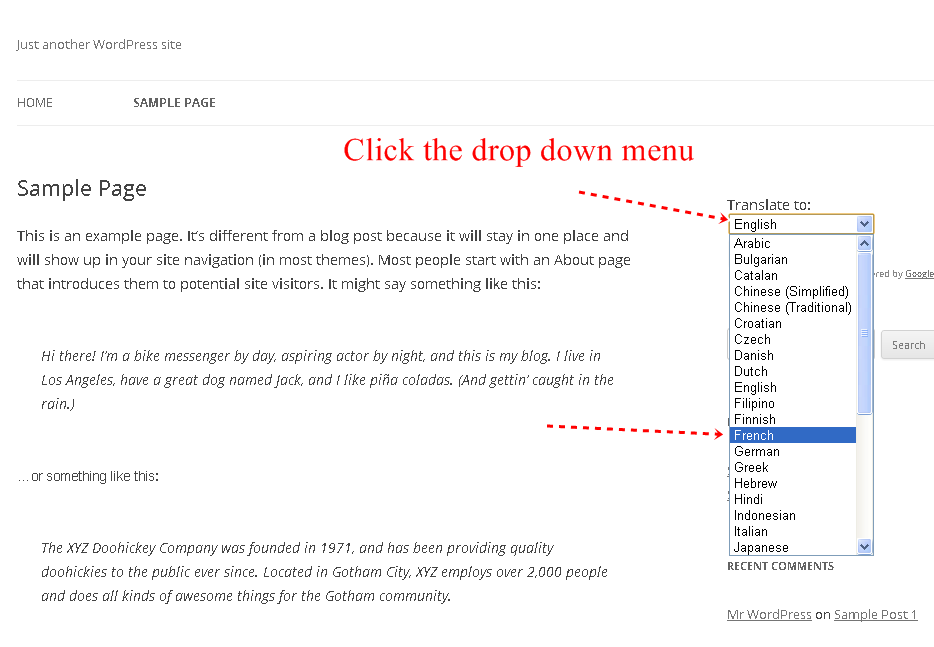 08. Now the home page will show a Language Translation bar. To translate it just select a language and click translate. 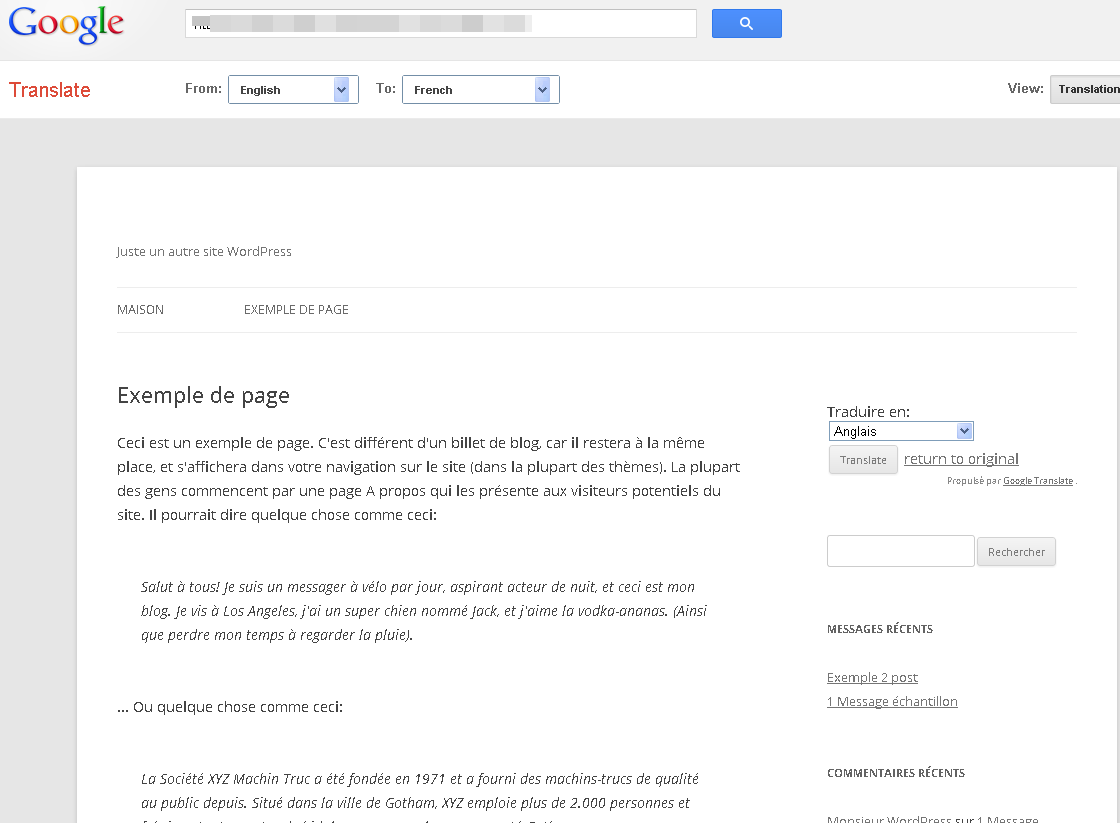